A Passage to India: riassunto in inglese di Passaggio in India 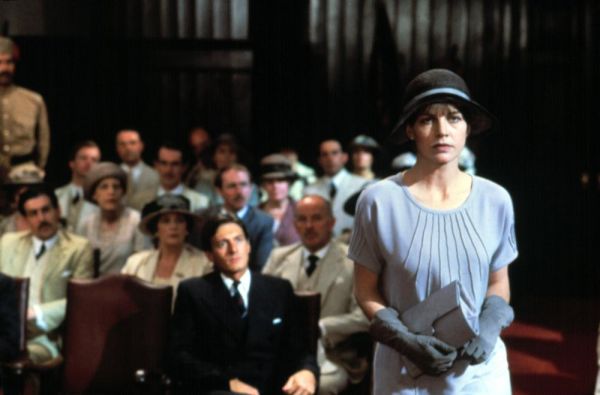 A PASSAGE TO INDIA, RIASSUNTO IN INGLESE SVOLTO: L’ARRIVO. Mrs Moore, an elderly British lady, goes to India with her young friend Miss Adela Quested in order to visit the fictional town of Chandrapore. Mrs Moore wants to introduce Adele to his son, Ronny Heaslop, the city magistrate, for their engagement. During the first days of her visit, Mrs Moore wanders about the city and she enters in a Mosque. Here, she meets Dr Aziz, a young Muslim Indian doctor, who is a widower and has got three children – Ahmed, Karim and Jamila. Learning that Mrs Moore has respect for native customs, Aziz starts talking with the Englishwomen as they were friends. Mrs Moore returns to the British club she left earlier and tells his son and Adela about her acquaintance at the mosque. Ronny Heaslop becomes indignant when he learns the man her mother was talking about is an Indian. Adela, instead, is intrigued.

RIASSUNTO IN INGLESE A PASSAGE TO INDIA: I PARTY. Mrs Moore and Miss Adela want to know Indians and Indian culture, so the Turtons organise a Bridge Party where they invite some Indians. During the party, the differences between the two cultures are highlighted: British people are separated from the Indians, and Indians women are separated from Indian men. Mrs Moore and Adela get acquainted with Mr Cyril Fielding, principal of Chandrapore’s government-run college for Indians. Fielding invites the two women to a tea party with him and a Hindu-Brahmin professor named Narayan Godbole. Thanks to Adela, Dr Aziz is invited too. During the Tea Party, Mrs Moore and Adela and the other guests chat about India. Aziz promises to take Mrs Moore and Adela to Marabar Caves and arranges a trip. However, the party is broken up by Ronny Heaslop who brings her mother and Adela to their accommodation telling them not to trust the Indians. The two women go with Aziz to Marabar Caves; Fielding and Godbole were supposed to accompany them, but the miss the train.

A PASSAGE TO INDIA, RIASSUNTO IN INGLESE SVOLTO: MARABAR CAVES. Aziz and the women explore the caves, but Mrs Moore is overcome with claustrophobia and disturbed by the echo, so she declines to move forward. Adela and Aziz, accompanied by a guide, climb to the next caves. Adela asks Aziz whether she has more than one wife. Disconcerted by the remark, he ducks into a cave to compose himself. When he comes out, he finds the guide alone without Adela. The guide explains Adela has gone into a cave by herself. Aziz cannot find her, but then sees her speaking to another young Englishwoman, Miss Derek, who has arrived with Fielding in a car. Aziz runs down the hill and greets Fielding, but Miss Derek and Adela drive off without explanation. Fielding, Mrs Moore and Aziz go back to Chandrapore by train.

A PASSAGE TO INDIA, RIASSUNTO IN INGLESE SVOLTO: L’ARRESTO. At the train station, Aziz is arrested and charged with sexually assaulting Adela in a cave. Adela says that Aziz followed her into the cave and tried to grab her. The only evidence the British have is the field glasses belonging to Adela in the possession of Aziz (he found them on the ground in the cave and took it), but they believe that the man is guilty. They are stunned when Fielding, an Englishman, says he believes in Aziz’s innocence, so they condemned him as a blood-traitor. On the contrary, Fielding is welcomed among the Indians. Mrs Moore doesn’t believe that Aziz is guilty, but she does nothing to help him either. Ronny, however, worried that his mother can testify at the trial, arranges for her return to England. Mrs Moor dies during the journey.

A PASSAGE TO INDIA, RIASSUNTO IN INGLESE SVOLTO: IL PROCESSO. At the trial, Adela becomes confused as to Aziz’s guilt. When she is asked whether Aziz sexually assaulted her, she has a vision of the cave and remembers that there she received a shock similar to Mrs Moore. The echo disturbed her so much she got confused and thought Aziz tried to assault her. She admits that she was mistaken, and the case is dismissed. Then Adela and Ronny break off their engagement, and she leaves India, never to return.

A PASSAGE TO INDIA, RIASSUNTO IN INGLESE SVOLTO: LA FINE. Even if Fielding has always believed in Aziz’s innocence, the doctor is angry with his friend because Fielding befriended Adela after she nearly ruined his life, especially after Fielding asks him not to seek monetary redress from her. Fielding departs for England, and Aziz believes that he is leaving to marry Adela. Aziz moves to the Hindu-ruled state of Mau, vowing not to befriend a white person again. Two years later, Fielding returns to India. He is married to Stella, Mrs Moore’s daughter from a second marriage. Aziz is now the Raja’s chief physician and he reconnects with Fielding. However, he explains that he and Fielding cannot be real friends until India is free from the British colonialism.

(Foto: A Passage to India; Courtesy of Columbia Pictures)