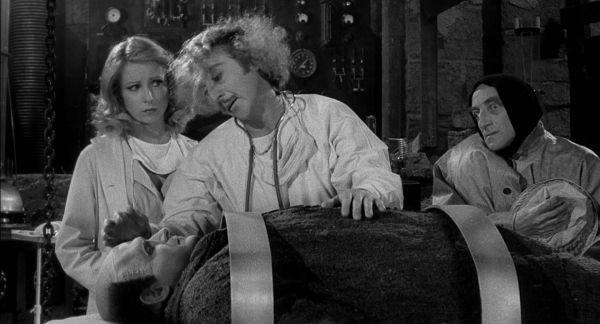 FRANKENSTEIN, RIASSUNTO IN INGLESE: L’INIZIO. In the 18th Century, a young Captain, Robert Walton, writes some letters to his sister telling her about his exploration of the North Pole. In the fourth letter he writes about something very odd he experienced: his ship got stuck in the ice, and the crew noticed a gigantic figure driving a dog sled. The next morning, they found the same dog sled with another person as a driver. In order to save the man, who was very sick, the crew embarked him on the ship. The man told the crew he was following a runaway in the North Pole. Walton writes to his sister he is getting fond of the man and he is transcribing what the man is telling to him. This is the beginning of Victor Frankenstein’s story. Frankenstein comes from a wealthy Swiss family thanks to whom he became interested in scientific studies, specialising in Chemistry and Natural Philosophy and attending the University of Ingolstadt until his mother’s death.

FRANKENSTEIN RIASSUNTO IN INGLESE: IL MOSTRO DI FRANKENSTEIN. Young Victor is portrait as a man obsessed with the utopia to impart life to non-living matter and he tries to create a living being. Yet, due to the difficulty in replicating the minute parts of human body, Victor makes the Creature large, about 2.4 m in height and proportionally large. One night, the humanoid becomes alive but, after looking at him, Victor is frightened and run away. Indeed, the Creature is hideous, with yellow eyes and skins that barely conceals the muscle tissue and blood vessels underneath. The monster takes Victor’s diary and escapes as well. Victor falls ill from the experience and is nursed back to health by his friend Henry Clerval. After a four-month recovery, he returns home in Geneva when he learns of the murder of his brother William. Upon arriving in Geneva, Victor sees the Creature near the crime scene, so he believes his creation is responsible for the murder. Justin Moritz, William’s nanny, is convicted of the crime after William’s locket is found in her pocket. Victor can stop her from being hanged, as he knows no one would believe his story. The man, thus, retreats to the mountain, where he finds the Creature who pleads guilty for the murder of Victor’s brother and tells him about his tale. The Creature is intelligent and articulate and tells him that everyone was afraid and frightened by him because of his hideous appearance.

RIASSUNTO IN INGLESE FRANKENSTEIN: IL RAPPORTO CON IL MOSTRO. Victor understands the Creature has got human feelings and wishes to be happy like every one else. The Creature finally persuades Victor to create a female companion like himself promising that he and his mate will vanish into the South American wilderness, never to reappear. Victor starts working on the female creature on the Orkney Island, but he is plagued by premonitions of disaster, such as the female becoming more evil than his first Creature or the two creatures might lead to the breeding of a race that could plague mankind. Consequently, he tears apart the unfinished creature, but the Creature, who was following Victor, watches the scene through a window. The Creature vows that he will have his revenge.

RIASSUNTO FRANKENSTEIN IN INGLESE: EPILOGO. Victor flees to Ireland, but the Creature follows him. In order to take revenge, he kills Victor’s friends Henry and left the corpse to be found where his creator had arrived, causing the latter to suffer another mental breakdown in prison. Then, Victor returns home with his father. He is about to marry Elizabeth and prepares to fight the Creature to the death, arming himself with pistols and a dagger. They get married, but, unfortunately, the Creature kills Elizabeth on the wedding night. Victor’s father dies a few days later because of the pain caused by Elizabeth’s death. Seeking revenge, Victor pursues the Creature to the North Pole, but collapses from exhaustion and hypothermia before Walton and the crew find him. Despite his condition, Victor wants to find the Creature but he dies thereafter. At the end of the story, Walton discovers the Creature on his ship, mourning over Victor’s corpse. The Creature tells Walton that Victor’s death makes him sad and sorrowful for the many deaths he have caused. Now he is alone and he vows to kill himself so that no other will ever know of his existence. Walton watches as the Creature drifts away on an ice raft that is soon lost in darkness, never to be seen again.