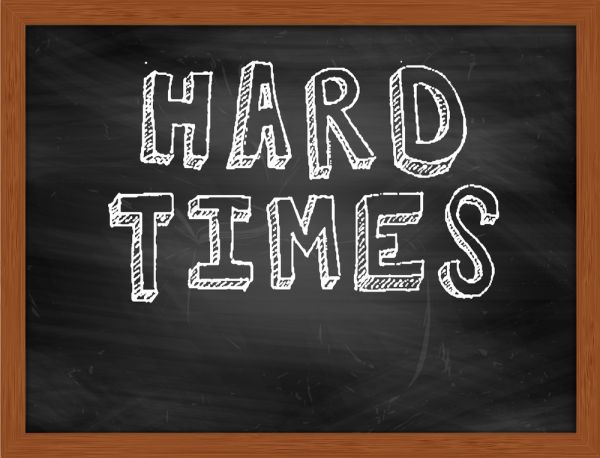 HARD TIMES DI CHARLES DICKENS, RIASSUNTO IN INGLESE SVOLTO: LIBRO I, LA SEMINA. Thomas Gradgrind is a wealthy, retired merchant who lives in the industrial town of Coketown, in England, and devotes his life to the philosophy of rationalism, facts and self-interest. He raises his oldest children, Louisa and Tom, according to his values, denying them to engage in fanciful or imaginative pursuits. On the basis of his philosophy, he opens a school. The novels opens when Mr Gradgrind is interrogating one of his pupils, Sissy Jupe, whose father works at the circus with the horses and as a vet. She is kindly and imaginative: she is unable to factually define a horse, while her classmate Bitzer gives a zoological profile. One day, after school, Gradgrind sees the two oldest children of him spying inside the circus together with other pals. Angry, he drags them away and decides to dismiss Sissy from the school as he considers her a bad influence on his children. Gradgrind and his friend Josiah Bounderby, a manufacturer, want to speak with Sissy’s father, but at the circus they discover he has abandoned her daughter, in hope that she will lead a better life without him. At this point, members of the circus appear and Mr Gradgrind gives Sissy a choice: to return to the circus and forfeit her education, or to continue her education and work for Mrs Gradgrind, never returning to the circus. Sissy accepts the latter. Meanwhile, Louisa and Tom express their discontent and dissatisfaction towards their education. At this point, there is a digression about the mill workers in the factories, known as “hands”, and especially about one of them, Stephan Blackpool. He is married with an alcoholic who run away from home: however, when he goes home, he finds out his wife has come back. The next day, Stephan sees Bounderby in order to ask him a piece of advice: he wants to end his miserable marriage and be free to get married with Rachel, his close friend who works in the factory. Meanwhile, Gradgrind wants his daughter Louisa to marry Bounderby and she apathetically accepts. Gradgrind, however, doesn’t understand his daughter’s feelings; only Sissy is able to feel she is living in a state of apathy and alienation.

CHARLES DICKENS, HARD TIMES, RIASSUNTO IN INGLESE SVOLTO: LIBRO II, LA MIETITURA. Two years after the marriage between Bounderby and Louisa, James Harthouse sends to Bounderby a letter written by Tom Gradgrind, who is now a MP. Bounderby invites James for dinner, but the man seems more focused on the melancholy Louisa. After a while, Gradgrind joins them: he likes Harthouse, but James doesn’t return his feeling. Meanwhile, during an assembly at Bounderby’s factory, Stephen Blackpool is against the Union’s plans and, four days later, he is fired. Louisa and Tom visit Stephen and Louisa offers him some money in order to help him. Tom has a plan to help him, too, but he doesn’t explain it in details. Two days later, a bank is robbed and the main suspect is Stephen Blackpool. After the robbery, Ms Sparsit is a guest in Bounderby’s house and here she notices that Harthouse and Louisa are very close. She sees Harthouse grabbing Louisa’s arm while they are into the woods near the house, but, then, she cannot see them anymore. Meanwhile, Louisa visits his father and tells him she is depressed and that she had an unhappy childhood. After pronouncing these words, Louisa faints.

TEMPI DIFFICILI DI CHARLES DICKENS, RIASSUNTO IN INGLESE SVOLTO: LIBRO III, IL RACCOLTO. Mrs Sparsit tells Bounderby his wife is having an affair with Harthouse. He goes to Gradgrind’s house to speak to his wife and Mr Gradgrind tries to explain to him that she refused Harthouse. Despite this, Bounderby gives his wife an ultimatum: if she doesn’t come back home within noon the next day, he will end their marriage. The next day, he sends all Louisa’s clothes to Gradgrind’s house. James Harthouse leaves Coketown. Meanwhile, Mrs Sparsit brings home Mrs Pegler, saying to Bounderby that she could be Stephen and Rachel’s accessory in the robbery. However, she tells she is Bounderby’s mother. Stephen Blackpool, who left Coketown to find a new job, fells down into a well. Sissy and Rachel find him. Before dying, Stephen asks Gradgrind to believe in his innocence and tells the man that Louisa and Tom might be the responsible for the robbery. Tom confesses, disappointing Gradgrind, and he wants to flee to America. Bitzer, however, wants to report him in order to have the reward offered by Bounderby. Mr Sleary, Sissy’s father, who came back to town, solves the situation: he helps Tom to escape. At the end of the novel, Bounderby suddenly dies after loses his fortune; Tom dies after writing his final letter to Louisa, while she gets old alone. Gradgrind, instead, abandons his philosophy. Only Sissy has an happy ending: she gets married and has got children, living a happy life.