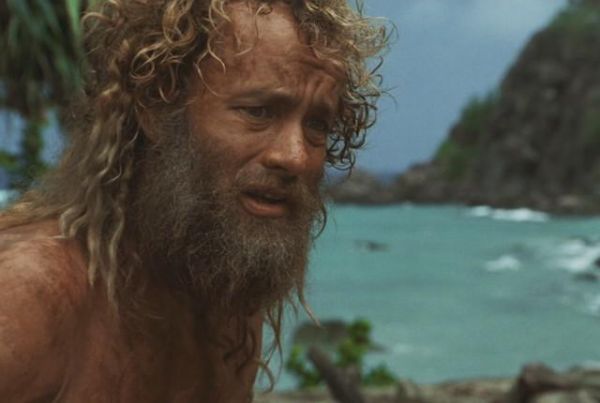 ROBINSON CRUSOE, RIASSUNTO IN INGLESE: LE PRIME AVVENTURE. Robinson Crusoe is the son of a merchant from Bremen, who moved to England. His father wants him to pursue a career as a lawyer, but Robinson disagrees, so decides to sail on a sea voyage in August 1651. Unfortunately, his ship is wrecked in a storm, but his lust for the sea remains so strong that he sets out to sea again. This journey, too, goes wrong and the ship is taken over by Salé pirates and Crusoe is enslaved by a Moor. He succeeds in escaping in a boat with an Arabic boy named Xury two years later: they are rescued by the captain of a Portuguese ship. Robinson sells Xury to the captain, who vows to free the boy after ten years or if he converts to Christianity, and goes to Brazil. He stays here for some years, but then his longing for adventure pushes him to sails on a ship again.

ROBINSON CRUSOE, RIASSUNTO IN INGLESE: L’ISOLA DESERTA. This time, Robinson wants to go to Guinea in order to bring slaves from Africa, but he is shipwrecked in a storm about forty miles out to sea on an island near the mouth of the Orinoco river on 30 September 1659. He is the only survivor of the sinking, together with the captain’s dog and two cats. They arrive on the island, which Robinson calls the Island of Despair. Being alone, he fetches arms, tools and other supplies from the ship in order to build a fenced-in habitat near a cave which he excavates and to help himself to survive. He creates a calendar by making marks in a wooden cross, he writes a diary, hunts, grows barley and rice, dries grapes, learns to make pottery and raises goats. He also adopts a small parrot and becomes religious reading the Bible.

RIASSUNTO IN INGLESE ROBINSON CRUSOE: VENERDÌ. After twelve years of isolation, he discovers that other people live on the island: they are native cannibals, who occasionally visit the island to kill and eat prisoners. He wants to obtain a servant, so he helps one of the Cannibals’ prisoners to escape from them. Crusoe names his new companion Friday after the day of the week he appeared. Robinson teaches him English and converts him to Christianity. As more natives arrive to partake in a cannibal feast, Crusoe and Friday kill most of the cannibals and save two prisoners, Friday’s father and Spaniard, a Spanish sailor who reveals to Robinson that there are other Spanish castaways on the island. Consequently, Robison organises a plan to build a ship and go back to Europe.

ROBINSON CRUSOE DI DEFOE, RIASSUNTO IN INGLESE: EPILOGO. Before they are able to apply the plan, an English ship appears; mutineers have commandeered the vessel and intend to maroon their captain on the island. Robison and the ship’s captain strike a deal according to which Crusoe will help the captain and the loyal sailors retake the ship and leave the mutineers on the island. The plan works, but before embarking to England, Robinson shows the mutineers how he survived on the island and states that there will be more men coming. Crusoe leaves the island on 19 December 1686 and arrives in England on 11 June 1687. He discovers that their family believed him dead; as a result, he was left nothing in his father’s will. However, thanks to his estate in Brazil he has lot of money: he departs for Lisbon with Friday to reclaim his profits. Then, he transports his wealth overland to England to avoid travelling by the sea. Friday and Robinson endure one last adventure together while crossing the Pyrenees, as they fight off famished wolves. At the end of the story, Robinson Crusoe sells his plantation in Brazil, gets married, has three children and becomes Governor of the island where he lived for 28 years. Eventually, he comes back to England on 10 January 1705 and never leaves again.