At Munich in September 1938, the British prime minister Neville Chamberlain and his French counterpart Édouard Daladier bought time with “appeasement”–betraying
Czechoslovakia and handing the Sudetenland to Hitler. Millions cheered the empty
Pledge they brought back with them: “Peace for our time.” Within 11 months, Hitler had invaded Poland and World War II had begun.

The Polish crisis precipitated the war. Through the summer of 1939, German propaganda grew more strident, demanding cession to Germany of the city of Gdansk (Danzig) while gradually escalating demands for special rights in, and finally annexation of, the Polish Corridor. As the only nation able to defend Poland was the Soviet Union, a British-French mission in the summer of 1939 began negotiations for a treaty with Joseph Stalin. Poland, however, announced that it wouldn’t have permitted Soviet troops to enter Polish territory, even for defending the country against Germany. Hitler put a stop to these negotiations on August 23 when he announced a non-aggression pact with the Soviet Union. On September 1, German troops invaded Poland. Britain and France declared war to Germany on September 3. 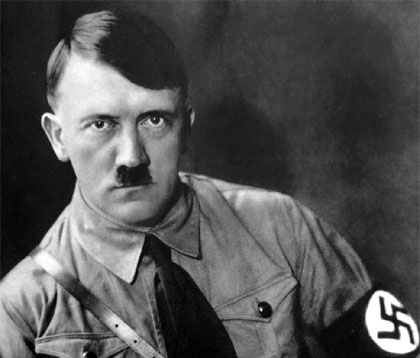 The phases of war

The first, the so-called phony war and the period of German victories in the west, ended with the decision of France on June 18, 1940, to ask for an armistice with Germany.

The second, the heroic phase, when Britain stood alone, began with the battle for survival in the air over the British Isles and ended in the first week of December 1941 with the successful Soviet defence of Moscow after Hitler’s attack on June 22 and with the Japanese declaration of war on the United States and the British Empire on December 7.

The third which lasted from December 1941 until Germany’s capitulation in May 1945.

Perhaps the most important event of the first phase was the announcement on Sept. 3, 1939, that Churchill would re-enter the government as first lord of the admiralty. Churchill thus was in charge of the Royal Navy on April 9 and 10, 1940, when Hitler without warning overran Denmark and Norway, greatly extending his northern flank and virtually destroying the naval blockade of Germany that had been established at the beginning of the war.

The Norwegian campaign destroyed also the Chamberlain government. The obviously poor planning and the incapacity of the British forces in an area where the Germans were at a serious disadvantage caused a rebellion within the Conservative Party. Thus, on May 10 Churchill was announced as Prime Minister. Chamberlain, to his immense credit, consented to remain in the Cabinet and to control, on Churchill’s behalf, the Conservative Party. On the same day, May 10, 1940, the German army struck in the west against The Netherlands, Belgium, and Luxembourg. France held out for just 38 days.

When on June 18 the French government resolved to ask for an armistice, Churchill announced on the radio that Britain would fight on alone; it would be the nation’s “finest hour.” So began the second phase of World War II for Britain. Through August and September 1940, the fate of the nation depended upon 800 fighter aeroplanes, and upon Churchill’s resolution, in the terrific bombardment that became the Battle of Britain. In the last six months of 1940, some 23,000 civilians were killed, and yet the nation held on.

The important political lesson of World War II lays in the realisation that a democratic nation, with a centuries-old tradition of individual liberty, could with popular consent be mobilised for a gigantic national effort. The compulsory employment of labour became universal, for both men and women. In 1943 Britain was devoting 54 percent of its gross national product to the war. Medical services were vastly extended. Civilian consumption was reduced to 80 percent of the pre-war level. Yet by and large the political tensions that had accompanied an equally desperate war 25 years before did not appear. Britain was unified in a way it had seldom been. Politics, as opposed to the direction of the war, certainly for the voters, became almost irrelevant. There was some parliamentary criticism of Churchill’s leadership, but public approval, measured by repeated opinion polls, hardly wavered. German hostilities in the west ended at midnight on May 8, 1945.

Primo Levi is one of our century’s essential voices

Writer and chemist, survivor and witness, Primo Levi was born in Turin, Italy, in 1919. In 1938, his Judaism became a sudden and serious liability. That year, Mussolini’s government enacted a series of anti-Semitic regulations that outlawed mixed marriages, expelled Jews from the universities. Despite the so-called racial laws, Levi managed to complete his degree in chemistry at the University of Turin in 1941.

Two years later the Germans captured Levi and took him in Auschiwzt camps. Out of the 650 Italian Jews in his “shipment,” Levi was one of the 20 who left the camps alive. He attributed his survival to luck, to his skills as a chemist, and to the furtive care packages he received from an interned Italian bricklayer. He also had the paradoxical good luck to be stricken with scarlet fever just as the Germans began to evacuate the Auschwitz complex in January 1945.

Levi returned to Turin, resumed his career as chemist. Yet he felt driven to record his wartime ordeal, and in spare time he composed Survival in Auschwitz. Fantastically enough, his memoir. Survival in Auschwitz finds a wide audience, and today, five decades after its initial appearance, it continues to astonish.

The late-breaking success of his first book inspired Levi to write another. This was The Reawakening, in which he recounted his long, meandering journey home through the chaos of liberated Europe.

Levi published also a series of science-fictional and philosophical vignettes that were later collected in The Sixth Day and The Mirror Maker. In 1977, he retired from chemistry to write full-time.
He wrote The Periodic Table, in this book Levi truly use the elements of Mendeleyev’s Periodic Table as jumping-off points for autobiographical episodes.
Auschwitz had left Levi with indelible scars (some of which grew more visible in his last book, The Drowned and the Saved). On April 11, 1987 Levi suicides.