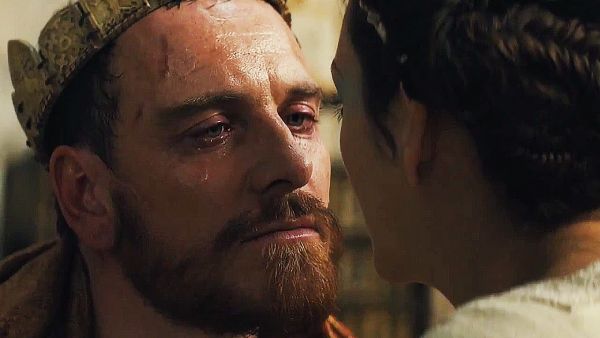 MACBETH RIASSUNTO IN INGLESE: ATTO I

“Fair is foul, and foul is fair”: this is the motto the Three Witches pronounce in the first act of Macbeth, when they decide that their next meeting shall be with Macbeth. The play, set in Scotland during the Middle Ages, begins amidst thunder and lightning, and in the following scene, a wounded sergeant reports to King Duncan of Scotland that his general Macbeth, who is the Thane of Glamis, and his friend Banquo have just defeated the allied forces of Norway and Irland led by Macdonwald and the Thane of Cawdor.
In the following scene, Macbeth and Banquo appear while they are leaving the battle field. They meet the Three Witches who tell them their future. According to the Witches, Macbeth will be “Thane of Glamis”, “Thane of Cawdor”, and “King hereafter”. Then, the Three Witchess predict that Banquo will father a line of kings though he himself will not be one. The Witches vanish and another thane, Ross, arrives and informs Macbeth of his newly bestowed title: Thane of Cawdor, as the previous Thane of Cawdor shall be put to death for treason. The first prophecy is fulfilled. Proud and ambitious, he tells his mean wife, Lady Macbeth, about the prophecies. Lady Macbeth wants his husband to murder Duncan in order to be king, so, when Macbeth arrives at Inverness, she eventually persuades him to kill the king that very night. According to their plan, Macbeth and Lady Macbeth shall get Duncan’s two chamberlains drunk so that they will black out. The next morning, the two chamberlains will be blamed for the king’s murder.

Macbeth stabs the king, but then, because of an hallucination of a bloody dagger, he has a breakdown and Lady Macbeth take charge. In accordance with their plan, she frames Duncan’s sleeping servants for murder by placing bloody daggers on them. The next morning, Lannox, a Scottish nobleman, and MacDuff, the loyal Thane of Fife, arrive at the castle and Macbeth leads them to the king’s room where they find Duncan’s corpse.
Macbeth murders the guards to prevent them from professing their innocence, claiming he did so in a fit of anger. Duncan’s sons and rightful heirs Malcolm and Donalbain flee to England and Ireland fearing that the murderer of their father desires their demise as well. Their move is misrepresents: now they are suspected for the murder of the king. Yet, MacDuff is suspicious about  Macbeth, who becomes the new king of Scotland.

Despite the success, Macbeth is uneasy. He remembers that the Three Witches tell them that Baquo is the one who will father a new line of kings. He thus decides to kill him, and he invites him to a royal banquet; discovering that Banquo and his young son Fleance are going out for a horse ride that very night, he hires two killers in order to murder them.
Banquo dies during the ambush, while Fleance escapes. Macbeth becomes furious: he fears that his power remains insecure as long as an heir of Banquo remains alive. The king goes to a banquet he has organised with noblemen and Lady Macbeth, but the ghost of Banquo appears at the table, and only Macbeth can see him. All the guests look at him as if he is mad while they see Macbeth raging at an empty chair, until Lady Macbeth tells them that her husband is merely afflicted with a familiar and harmless malady.

Macbeth is shocked and he decides to go and see the Three Witches. They tell him about new horrible prophecies. First, they conjure an armoured head, which tells him to beware of Macduff. Second, a bloody child tells him that no one born of a woman shall be able to harm him.
Thirdly, a crowned child holding a tree states that Macbeth will be safe until Great Birnam Wood comes to Dunsinane Hill. Macbeth is relived because he thing these prophecies are unrealistic. Yet, he decides to kill Macduff, who fled in England, as well as Macduff’s wife and children. Although Macduff is no longer in the castle, everyone inside is put to death, including Lady Macduff and their young son.

After all this crimes, also Lady Macbeth becomes wracked with guilt and she decides to kill himself. One of the most famous scenes is when she, while sleepwalking, tries to wash off imaginary bloodstains from her hands. In the following scene, Macbeth goes to the castle of Dunsinane, where he receives the news of Lady Macbeth’s suicide.
The protagonist is disturbed. Meanwhile, Macduff, who wants his revenge, and Malcolm, who gather an army supported by Scottish noblemen, who are appalled and frightened by Macbeth’s tyrannical and murderous behaviour, challenge Macbeth’s forces. Malcolm’s army camps into Gram Birnam Wood. The third prophecy is becoming true. During the battle, Malcolm’s army defeats the enemies, so, at the end, there is the final confrontation between Macduff and Macbeth. Macbeth thinks that he has no reason to fear Macduff, as he cannot be killed by any man born of woman. Yet, Macduff declares that he was born thanks to a caesarean section and is not “of woman born”, fulfilling the second prophecy. Macbeth realises that he is doomed, but he continues to fight. Macduff kills and beheads him, so the first prophecy is fulfilled as well. Malcolm is the new and rightful king of Scotland, but future kings of Scotland will be descendants of Fleance, Banquo’s son, according to the Three Witches’ prophecy.
Altough Malcolm, and not Fleance, became king, the witches’ prophecy concerning Banquo was known to the audience of Shakespeare’s time to be true: James VI of Scotland (later James I of England) was supposedly a descendant of Banquo.